Global Aquaculture Alliance Most Read Article of the Year 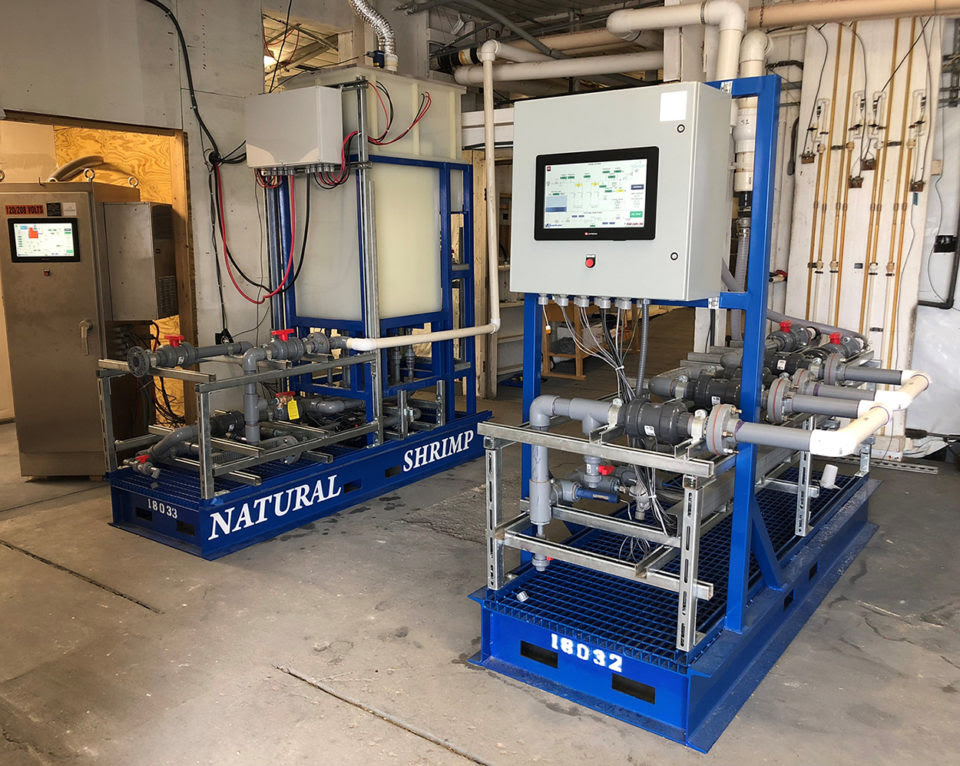 A recirculating aquaculture system (RAS) producer based in Dallas, Texas, USA,- says it has solved the problem of how to grow shrimp commercially in enclosed recirculating tanks.

The secret, according to NaturalShrimp Inc., is a proprietary process it developed that uses an electrical charge to remove and control bacteria, ammonia and other contaminants that hinder shrimp production.

This approach results in high yields and is a process that can be replicated anywhere, even in urban areas far from the sea, Bill Williams, NaturalShrimp chairman and CEO, told The Advocate.

“We’re taking large tanks of seawater and we’re cramming them full of shrimp,” he said. “That’s really the only way you can make money in this business.”

NaturalShrimp and F&T Water Solutions LLC of Lago, Fla., obtained a patent in December 2018 on the process, called Vibrio Suppression Technology. The patent covers application to shrimp and other species, including fish. According to Williams, NaturalShrimp plans to use the technology to expand production in its own facilities and possibly elsewhere through partners or licensing.

The technique is based on electrocoagulation, a technology that puts a current through water. This controls contaminants by various means. For instance, the flowing electricity can sweep charged particles to the positive or negative electrode or it may cause the particles to settle out, thereby eliminating them. Alternatively, certain electrode materials can create chlorine gas from the salt in the water. This gas then reacts with contaminants, enabling easy removal. 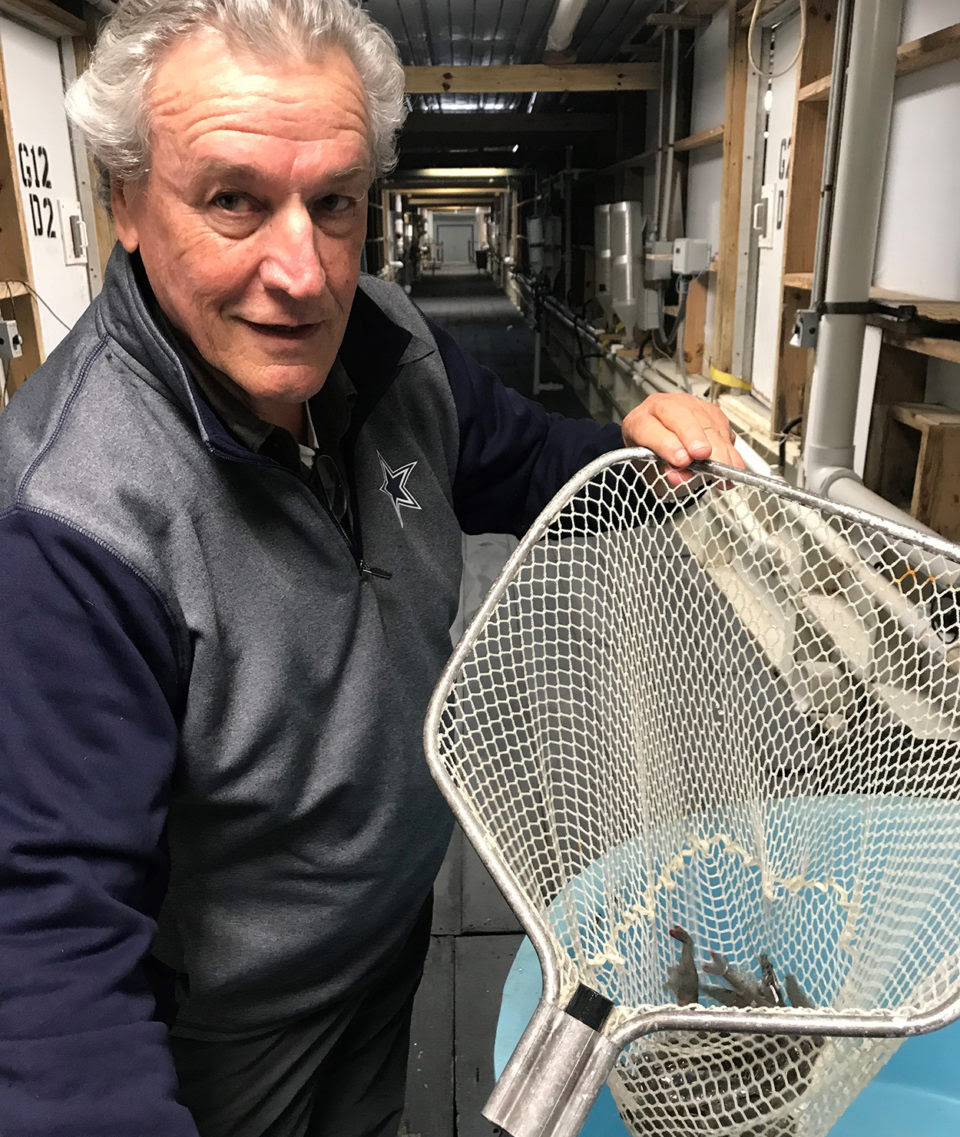 The electric charge is at a low enough intensity that it doesn’t appear to harm the shrimp. Indeed, there is some evidence, Williams said, that the shrimp prefer the electrified water, with it seeming to be a near ideal environment.

Electrocoagulation is increasingly used in wastewater treatment because it handles contaminants that are difficult to get rid of through filtration or chemical means. It’s part of F&T’s arsenal. For NaturalShrimp, which has been in research and development on growing shrimp in enclosed, recirculating tanks for about 15 years, the technology solved some pressing issues, according to Williams.

“You have two problems when you’re growing shrimp or any fish species: bacteria and ammonia. And you’ve got to be able to control both of those,” he said.

Of the two, ammonia control is the more difficult, Williams added. Ammonia arises from shrimp waste, uneaten feed and other organic sources. When the ammonia level in the water is too high, the resulting chain of chemical reactions can kill shrimp. If the ammonia level crosses a critical threshold, producers may only have a few days to get shrimp out or to change the water. Neither of these may be practical or possible. Thus, managing ammonia is a key to growing shrimp in an enclosed, recirculating tank.

Seeking an answer to this problem, NaturalShrimp contracted with F&T Water Solutions to see if electrocoagulation would meet its salt water aquaculture needs.

“Over the last several years, we’ve been refining our capabilities together,” said Peter Letizia, CEO of F&T.

In the electrocoagulation process, he said, the ammonia-containing particles form clumps and these are then removed by filtration. The early shrimp pilot projects showed promise, and the two partner companies have now gone through several harvest rounds, he said. The final test run finished early in 2019.

The results, so far, look very promising. Mortality rates are down significantly, although it will take more data to get a definitive survival ratio. What’s known is that the shrimp swim and grow in a healthy manner. They are unstressed despite the high density of crustaceans in the tanks – as much as 810 shrimp per cubic meter in its largest ones.

“You notice stress in shrimp by swimming patterns and cannibalization and things like that. We’re not noticing any of that for the first time ever since we’ve been in the business,” Letizia said. 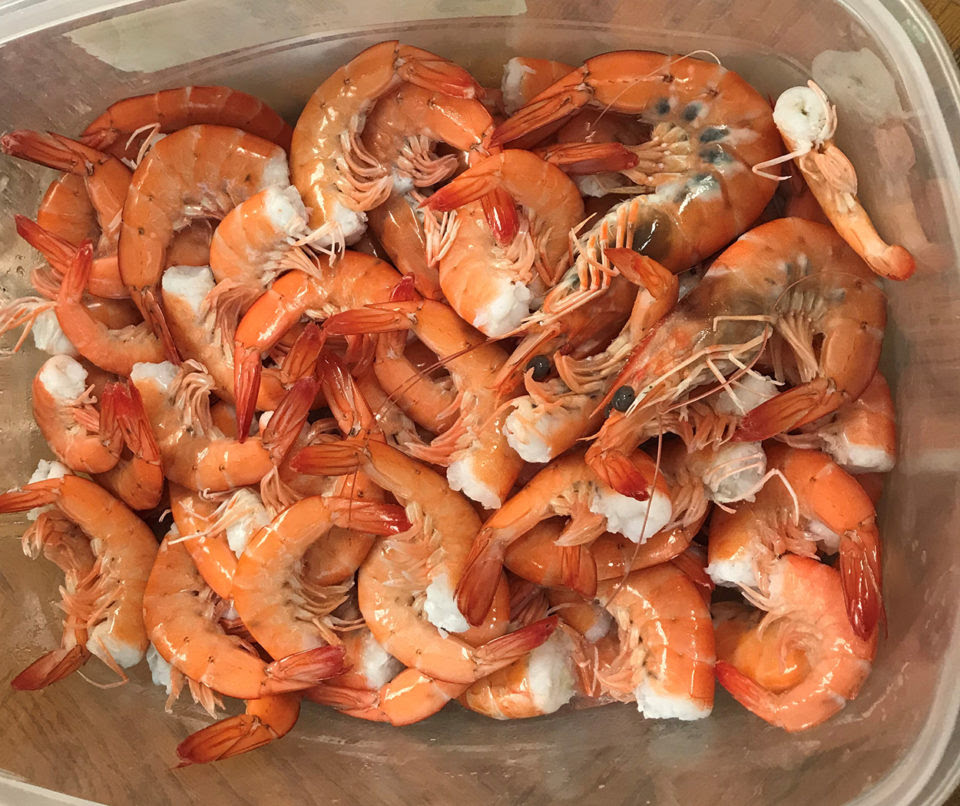 The technique does require power, but it is on par with other filtration technology, according to Letizia. The exact energy consumption will depend upon the size of the tank, product load, flow rates and other factors.

Looking forward, with R&D almost complete there are plans to expand, said NaturalShrimp’s Williams. The company has production facilities near San Antonio on 37 acres of land. Currently the site has sixteen 45,000- to 65,000-gallon tanks, with room to add more as business grows. The enclosed RAS system, which was designed for NaturalShrimp by an engineering firm, is robust and can be duplicated elsewhere.

It could, for instance, be set up in a warehouse in New York or Las Vegas, according to Williams. This means that production can take place near markets, reducing shipping costs, fuel resources and time to get shrimp to consumers. There’s not even a need to bring in seawater. In its current facilities NaturalShrimp makes its own saltwater. For electrocoagulation, the water must be salty enough to conduct the electrical charge, and so freshwater will not work.

The company is looking to expand in other ways. One direction would be to start producing other saltwater species. Both lobster and sea bass are two possibilities, and others could be included, if they are economically viable.

A second expansion direction would be by joint ventures using the technology with other producers; such discussions are under way. NaturalShrimp has exclusive rights worldwide to the technology for shrimp production, with the right to other species shared between NaturalShrimp and F&T.

In discussing the future of this new aquaculture technique, Williams invoked the past.

“It’s going to be like mobile phones or computers. This is a disruptive technology,” he said.